The Russia-Ukraine conflict is a wake-up call to many countries on energy security. Japan has recently begun to accelerate the research and development and promotion of hydrogen energy, and wants to become the world's first "hydrogen economy" to lead the global market. But it remains to be seen whether this goal will be achieved.

Hydrogen energy is an effective tool for achieving low carbon emissions and plays an important and irreplaceable role in the global energy transition. The significant advantage of hydrogen energy over other renewable energy sources is that it can be stored on a large scale across seasons. Among other things, green hydrogen is the only means of deep decarbonization for many industries, including the industrial sector represented by petrochemicals, steel and chemicals, and the transportation sector represented by aviation. According to the International Hydrogen Energy Commission, the hydrogen energy market is forecasted to reach $2.5 trillion by 2050.

As an island nation with scarce resources, Japan has always had a sense of crisis in terms of energy security. As early as the 1970s, when the oil crisis occurred, Japan began to focus on hydrogen technology research and development. At present, in addition to dealing with the climate crisis and the impact of the war between Russia and Ukraine, Japan's energy strategy is more inclined to create a "hydrogen society", and its basic strategy for hydrogen energy is to increase the proportion of hydrogen energy use in the energy mix by 2030. 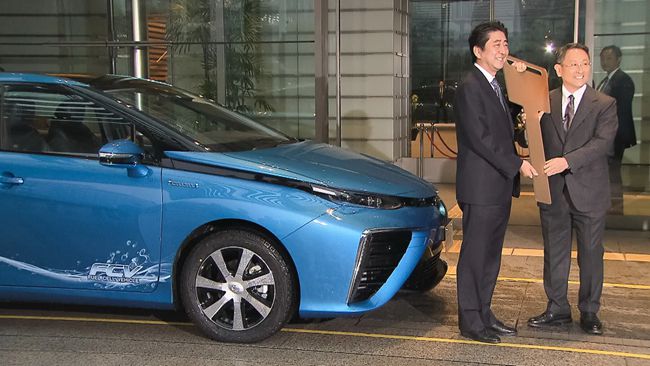 According to foreign media reports, Japan's hydrogen buses are already on the road as basic transportation. Today, Japan is focusing its research and development on long-distance transportation, such as hydrogen-energy aircraft and express trains, with a clear goal of putting them on the market.

In addition to general automobiles, large hydrogen energy trucks for logistics are a hot spot for active research and development by major Japanese automobile companies. Hydrogen-energy vehicles have a shorter charging time than electric vehicles, which gives them an advantage in long-distance transportation.

East Japan Railway Co. aims to launch hydrogen energy trains by 2030. The company is conducting trial runs on some routes in Kanagawa Prefecture at the end of March this year. These hydrogen energy trains are equipped with hydrogen tanks on the roof, which generate electricity after reacting with oxygen in the air. The trains do not emit carbon dioxide when moving and can reach a maximum speed of 100 km/h.

However, it remains to be seen whether Japan's ambition can be realized under the "crowded competition". Now, the European Union, the United States, Germany, the United Kingdom and many other developed economies are actively laying out the hydrogen energy industry. At present, 20 countries and regions around the world have released their hydrogen energy development strategies.

According to Wei Lock, president of the Hydrogen Energy Branch of the China Association for the Promotion of Industrial Development, Europe is now mainly developing pipeline hydrogen transmission, using existing natural gas infrastructure to gradually build a hydrogen pipeline network, which is expected to reach a total length of 23,000 kilometers in 2040; the U.S. has half of the world's mileage of hydrogen transmission pipelines and operates more than 15 liquid hydrogen plants with a total capacity of more than 326 tons per day, ranking first in the world; Japan and South Korea are developing organic Japan and South Korea are developing transoceanic transportation supply chains for organic compounds, liquid ammonia and liquid hydrogen. 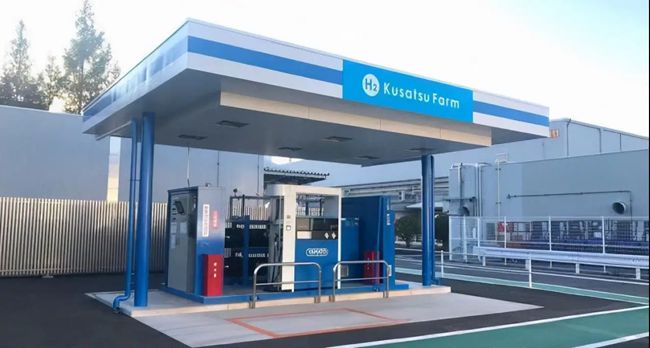 At present, the scale of hydrogen energy-related industries in China is growing rapidly. According to statistics, the total output of hydrogen in China reaches 33 million tons in 2021, and the application scenarios are further expanding, including nearly 9,000 fuel cell vehicles in the transportation field, and the layout of industrial and construction applications is also being accelerated.

Wei Lock said, although China's hydrogen energy industry started late but developed fast, it has the ability and conditions to rapidly promote the large-scale application of hydrogen energy and technology iteration and upgrade, and has a huge market space, and is expected to reach the international advanced level by 2030.